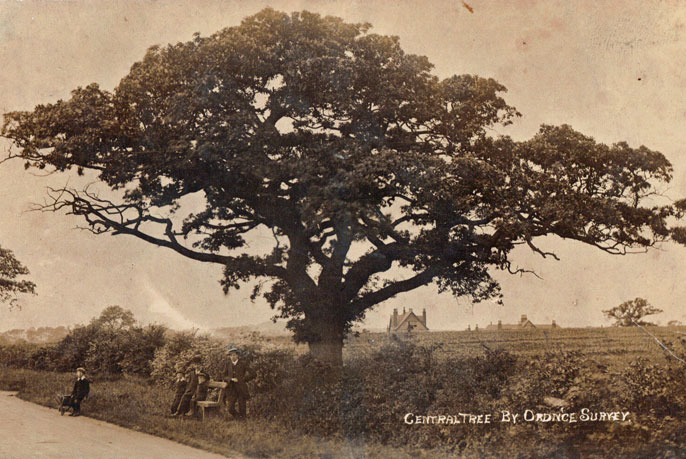 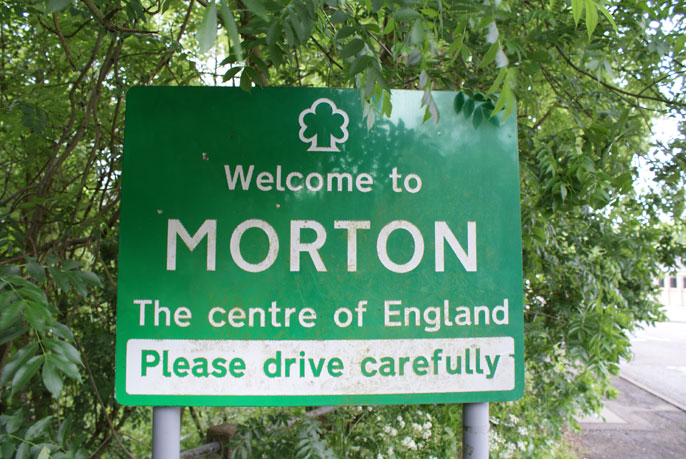 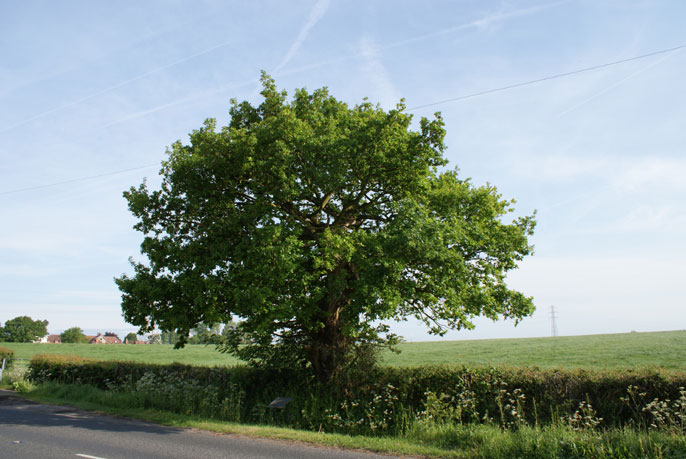 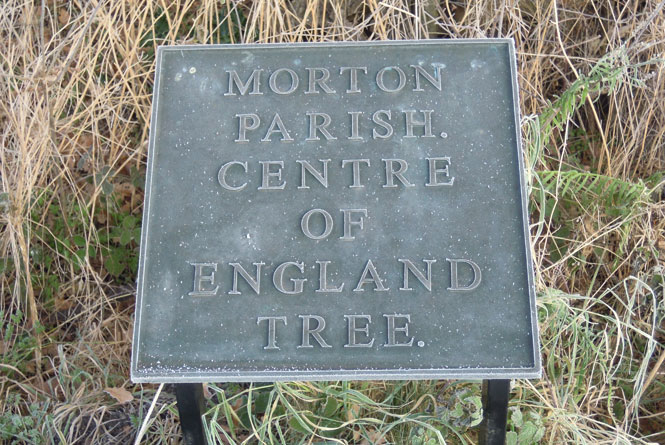 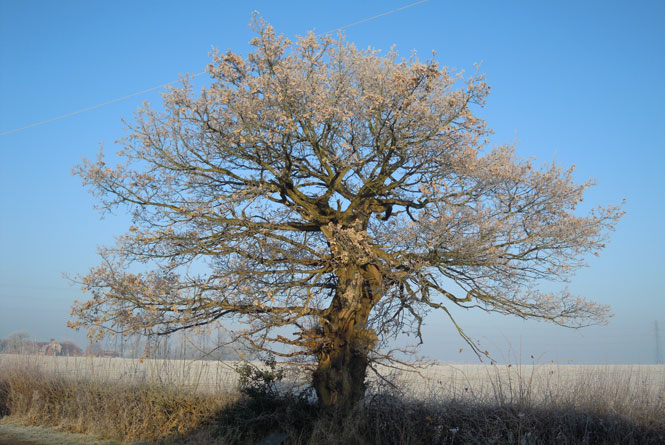 Our village lies at the very centre of England with the dead centre position marked by an Oak tree.

Generations of Morton residents have referred to a certain Oak tree (Quercus robur) approximately opposite No. 69 Stretton Road as the Centre of England Tree. Years ago there was a seat beneath it and in the days of The Morton Bus Company it was a Bus Request Stop.

How the claim for the tree to mark the Centre of England originated is clouded in mystery. It has been suggested the tree dates from around 1850. Was it planted or is it a self setter is not known either? The condition of the tree is not good, a replacement planted alongside a few years ago appears to have perished.

The earliest tangible evidence there is of the Centre of England claim is the existence of an article printed on October 1st 1910 in Horners Weekly newspaper headed The Centre of England. Details were given plus two photographs of the unique distinction claimed by a pretty Derbyshire village which, of course, was Morton. One of the photographs showed the claim had apparently been endorsed by the Ordnance Survey.

In the 1990s the Parish Council felt we should place greater value on our assets and heritage. Consequently a plaque was commissioned and placed near the tree.

As the year 2000 approached, the Parish Council was seeking something of significance which could be used to commemorate the Millennium. Many ideas were suggested of which the one selected was a village sign by the roadside at each end of the village on the B6014. The successful design incorporating the Centre of England Tree was duly submitted to the Derbyshire County Council for their approval.
With slight modification the design was approved and the signs were erected as planned.

There are several locations which claim to be the Centre of England. Personally I feel the MORTON claim is a sound one otherwise I would not have given it my support. I sincerely hope this article goes some way towards clarifying the situation.