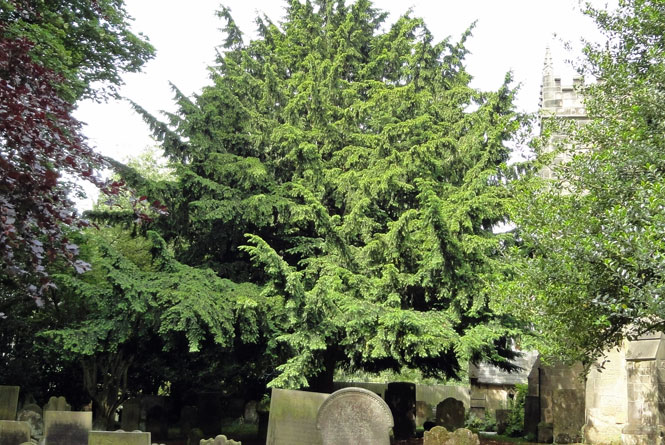 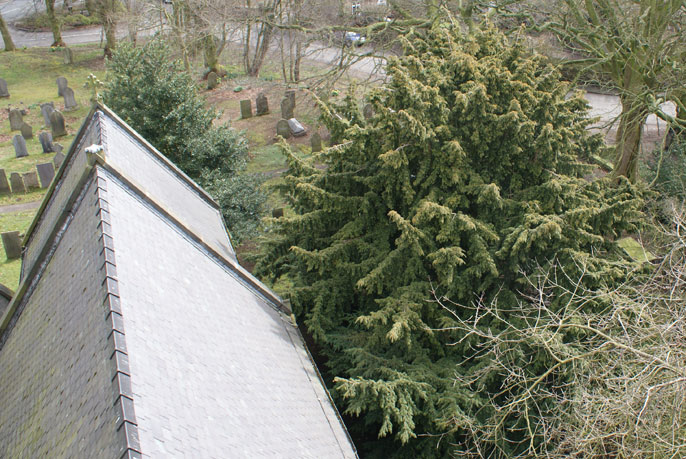 On Thursday, June 11th 1911 the whole of Britain was celebrating the Coronation of King George V. There were big celebrations in Morton – at 3 o’clock in the afternoon a small Yew Tree was planted by the path leading to the Church.

Canon Alfred Hall Prior, Rector of Morton, officiated at the ceremony.

The Yew Tree (Taxus baccata) is very common in Churchyards and is also known as the “Tree of the Dead”” as a result.

It may be that, because the leaves are poisonous, it discouraged farmers from letting their animals wander all over the Churchyard – quite a problem before the Enclosure Act.

It is also thought to have been used to make longbows. The longbows used at Agincourt were said to be made of English Yew.

On 22 June 2011 the 100th Anniversary of the planting of the Magnificent Yew Tree near the Church Porch was celebrated.