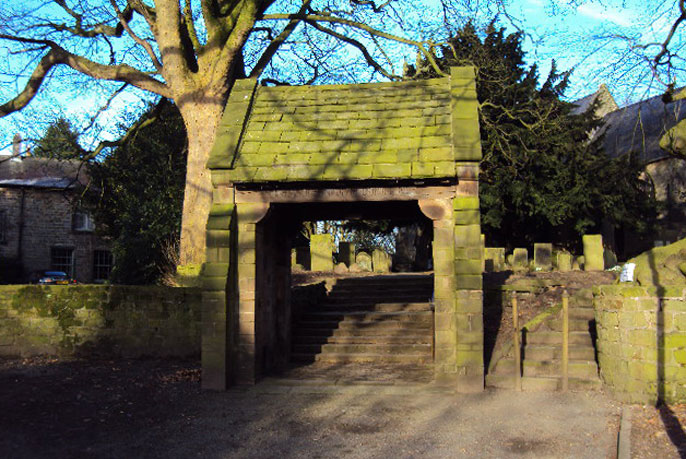 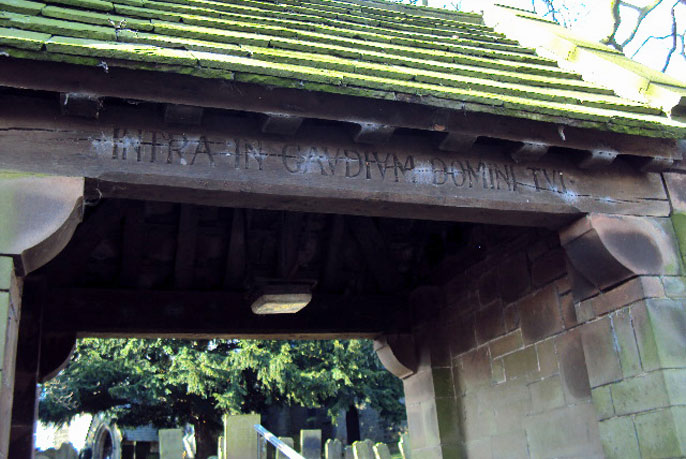 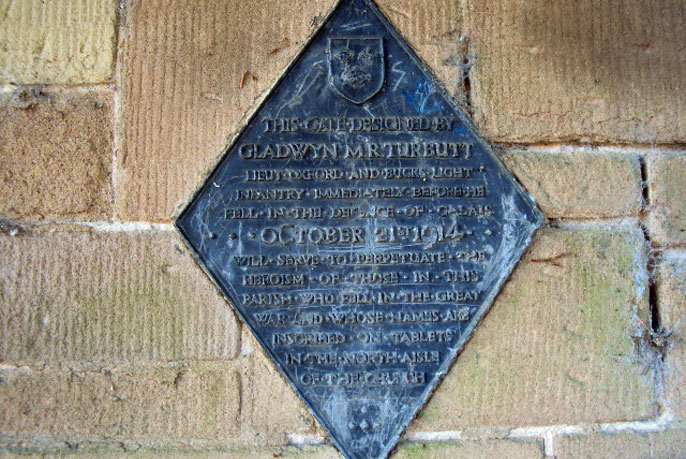 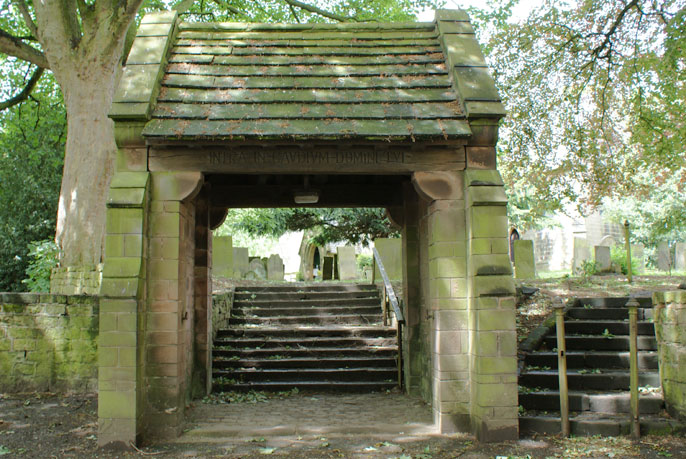 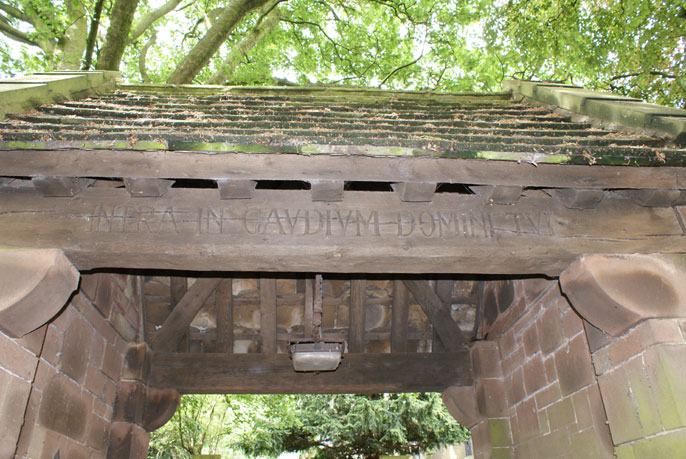 EXTRACT FROM THE PARISH MAGAZINE AUGUST 1915 CONCERNING THE LYCH GATE

The Lord Bishop of Southwell has fixed Thursday August 5th at 6.00 pm for the dedication of the new Lych Gate which has been built after designs prepared by the late Lieut. Gladwyn Turbutt immediately before he left for the seat of war, and which we now have raised as an affectionate tribute to his happy memory. The gateway is characteristic of him. Anything for God must be the very best. A successful attempt has been made to create an object not unworthy of past ages. Under the trees the stonework will soon weather, and the rough hewn steps, the stone roof, the oak beams prepared with the axe, and the azde will suggest the XIV century. The inscription on the lintel intended by Lieut. Turbutt ran :

The rector consulted the late Dean of Westminster as to the advisability of changing these words , and Dr Armitage Robinson replied “ I do not know where Gladwyn Turbutt got the words you mention from but no doubt he had a reason for their choice. But now in the special circumstances I should make bold to change them:-

These words are on a scroll held by a figure at the entrance of the North Porch in Wells.” We of course gladly accept the suggestion of the Dean of wells. It would be impossible to conceive of anything more appropriate for a churchyard entrance or a memorial for the hero of a battlefield than the final sentence of S. Matthew, xxv. 23: “ Enter then into the joy of the Lord”.

The Bishop has consulted the convenience of our men in fixing the opening service at 6.00 pm and we hope to see the whole village on such a unique occasion.

Lieutanant Gladwyn Turbutt of Ogston Hall died in the defence of Calais on October 21st 1914.