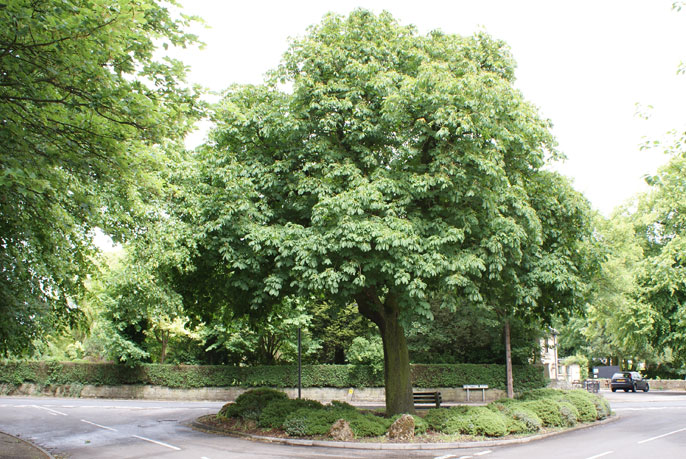 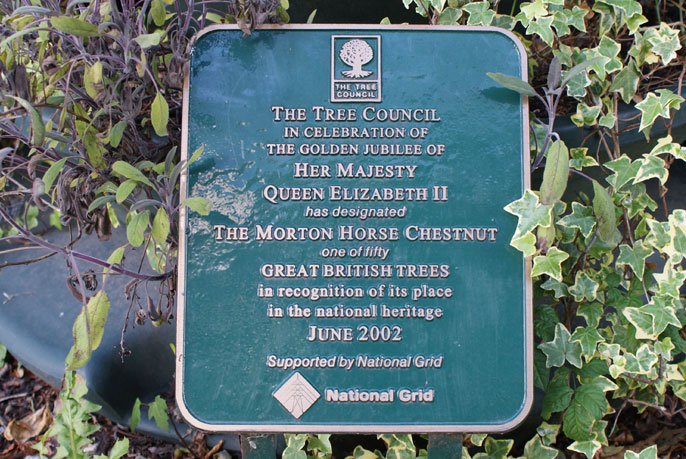 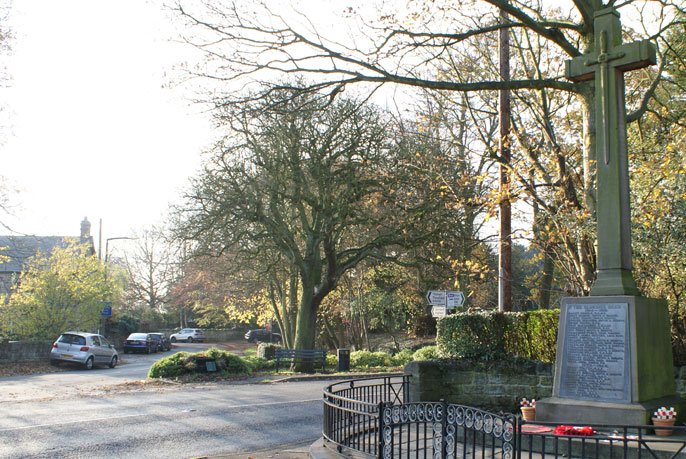 This Horse Chestnut tree was planted in the triangle opposite the War Memorial in 1863. The tree was moved from the Churchyard on a trolley. Apparently, during the process, both slipped into the prepared hole and consequently were ‘planted’ together.

The plaque by the tree reads: